How I Got My Agent

I have been wanting to write a post about this before I ever even finished my story. I LOVE reading blog posts on this topic, and they never get old since everyone's journey is so different.

For me, I had what many referred to as a "good problem to have": I was offered representation by multiple agents, all of them legit and wonderful and with completely different strengths and weaknesses (for what I was looking for in an agent; what I considered a weakness in one agent might be a strength to a different writer).


So how to choose? Bear with me, but just like in choosing your starter Pokemon, with an agent, you have to take into account your personal style (business, communication, personality, goals, etc). You have to make sure you have a connection. And you have to be sure they believe in you and are ready to fight for you.

Harriette Sackler, the chair of the grant committee, set up a lunch meeting so I could have a chance to meet a real agent and ask questions about the industry and what my next steps should be. I didn't know the agent would be Janet; Harriette just referred to her as "an agent."

When she introduced herself, I was like, "OMG, you're the Query Shark!"

In case you're wondering, yes, I'm always that smooth.

She was so kind and patient as she explained what her job entailed and what to look for in a good agent and answering all my questions. She also gave me her business card, inviting me to let her know if I had any more questions and to query her when my manuscript was ready. I took her up on both offers and each time she responded promptly.

She was also the first agent to offer rep. When I got her email asking to set up a call, I stared blankly at it for a second having lost all reading comprehension (both from the shock and also because I was sick and on cough syrup with codeine in it).

I showed it to both my husband and my mentor to make sure I wasn't reading it wrong. Once it sank in that THIS WAS REALLY HAPPENING, I fired off a quick email to set up a time and was like,

But then I came to my senses and remembered that I had quite a few fulls and partials out with other agents and it would be extremely rude (and foolish) to not inform them of the offer.

So I fired off a bunch of emails informing agents of the offer, and sat back to see what happened.


Rejection happened. LOTS OF IT. In that first week after the nudge, I got about ten rejections.

I also got two more offers in that same week. And so began three weeks of agonizing, and emailing agents and clients, and more offers/rejections, and talking on the phone (which I HATE. I talked on the phone more in those three weeks than I have in the last three years).

Who knew having multiple people love your story could be so stressful and anxiety-inducing? And to make it even harder, a fourth agent threw their hat in the ring two days before my deadline, after I thought I had already made up my mind. And a fifth sent an email after I'd emailed Janet to accept (that agent acknowledged that she was late and understood if I'd already accepted), which made me feel terrible, even though I knew it wasn't my fault.


Honestly, this was a very tough choice for me. There was one agent in particular who kept me hashing out the pros and cons right up to the last day.

But in the end, I decided to go with my head and my gut (my heart wasn't very helpful in the matter. It kept wondering why I had to reject all these lovely people who really liked my story and were just so nice and helpful).

Janet had been on my "Dream Agent" list for so long, and her clients provided such enthusiastic yet balanced references for her, I knew I'd be crazy to turn her down. Plus I love how she dedicates herself to helping up-and-coming writers, giving out invaluable advice on both her personal blog and also Query Shark. She's extremely tough and savvy, yet kind and approachable. I must've emailed her at least five times during those three weeks and asked a million questions, but she was always patient with me and gave honest, fair advice.


It took an additional week for all my questions to be answered and the paperwork drawn up, but it's official! I'm so, so thrilled to be part of New Leaf Literary and Team Janet! 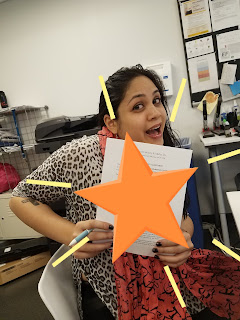 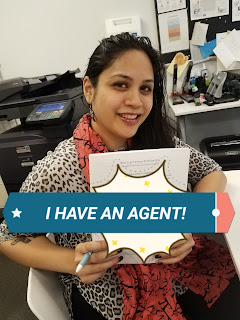 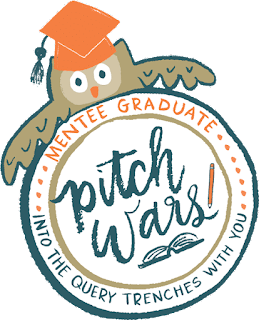